Full Mouth Reconstruction of a Patient with Worn Dentition: A Clinical Report

The attrition of anterior teeth leads to the loss of efficient anterior guidance, which protects posterior teeth from wear during lateral excursions. This clinical report describes a 48-year-old man with diagonal tooth wear and posterior mandibular tooth loss. The clinical diagnosis was based on a complete oral examination, photos, functional analysis of lateral excursion movements, general health condition and behavioral aspects such as diet and bruxism.  A mandibular partial overlay denture was used to reestablish the occlusal plane after the decision of restoring the vertical dimension of occlusion (OVD) by anatomical landmarks and physiological measurements. Once the compatibility of new OVD was approved and accepted, and followed for six months, fixed implant and tooth supported restorations were fabricated.

A satisfactory clinical result was achieved by restoring OVD by 7 mm and avoiding advanced periodontal crown lengthening. Successful full mouth rehabilitation for a severely worn dentition can be achieved through good clinical management with long-term success to improve the quality of life

Objectives: Metal-ceramic restorations are the standard by which all esthetic restorations are measured. Fracture of dental restorations is a multifactorial problem, which is serious and costly. Debonding of porcelain from metal substructure and the bond strength depend on many factors. The purpose of this study was to determine whether or not the opaque porcelain thickness has a significant effect on metal ceramic bond strength utilizing the ISO 9663 standard crack initiation test.

Results: Analyses of the raw data by one-way ANOVA demonstrated no significant differences among the three experimental groups (P=0.26).

Conclusion: Within the limitations of this study, it is concluded that 0.1mm opaque porcelain provides sufficient bond strength between metal and ceramic in metal-ceramic restorations

Making an implant-level impression when implants are placed in limited
interproximal space or compromising angulations can be a time-consuming procedure. This
article presents a new method for developing a master cast for two implants clinically placed
convergent and very close to each other. The technique consists of making an implant-level
.impression using a transfer jig fabricated on dental abutments.

Objective: Implant-retained overdenture is the standard treatment for edentulous patients. The aim of this study was to compare the effect of different implant locations (ABDE, 6AE6, 6BD6) on the retention and stability of mandibular implant-supported overdenture with ball attachment.

Methods: An experimental study was designed. An acrylic resin model of edentulous mandible with six implants in the location of first molar, first premolar and between lateral incisor and canine on the left and right side was fabricated. A metallic overdenture was fabricated precisely adapted to the model and attached to a Universal testing machine (crosshead speed of 51 mm/min). The ball attachments were screwed in three different patterns. The balls were first screwed in ABDE, then in 6AE6, and finally in 6BD6 position. Dislodging tensile forces were applied in three vertical, oblique and anterior-posterior directions for each sample. For each of these three situations, five tests were done. The maximum dislodging force was measured. Normal distribution of data was analyzed with Shapiro-Wilk test. Levene’stest analyzed the variances. A Three-Way ANOVA test was employed followed by Tukey’s test.

Results: The amount of vertical load was significantly higher than the oblique and anterior-posterior loads (P<0.001). The average of MDF is significantly higher in 6BD6 position (P<0.001). This average is also signifivatnly lower in ABDE position (P<0.001). The amount of measured force in ABDE and 6BD6 position was the least and the most respectively (ABDE=64.51 N and 6AE6=66.06 N). Vertical and oblique dislodging force are the minimum and maximum measured forces respectively (mean vertical= 87.95 N, mean Lateral= 48.1 N and mean Ant.Post= 63.5 N)

Background and Aim: Patients’ levels of knowledge and expectations for treatment with dental implants have increased tremendously in recent years. Also treatment with dental implants has proven to be a predictable modality for replacing missing or failing teeth with various types of fixed or removable dental prosthesis. It was traditionally thought that the healing period of 3 to 6 months is necessary. Recent studies show high level of survival rates with immediate and early loading. The object of this study was to evaluate current evidence for evaluating recommended loading protocols for dental implants.

Method & Materials: A comprehensive systematic review of the literature was conducted by using Pubmed and Science Direct by the end of September 2010. The selection of publications reporting on human clinical studies was based on predetermined inclusion criteria.

Conclusion: Existing literature supports loading of micro roughened implants in edentulous and partially edentulous maxilla and mandible between six and eight weeks subsequent to implant placement with fix or removable prosthesis, it’s also possible to load dental implants in mandible in less than one week after placement with fix and removable prosthesis. But current evidence does not support loading edentulous and partially edentulous maxilla in less than eight weeks and recommends conventional loading (after three months). Special consideration such as lack of primary stability, alveolar ridge augmentation, sinus floor elevation, presence of parafunction, compromised host status and dental complication should be considered as risk factors for immediate and early loading. In these situations conventional loading is recommended. Loading between two and six weeks are not recommended.

Background & Aim: Dental implants should be surrounded with at least 1mm bone. Assessing ridge width is an important part to achieve this goal. The use of ridge mapping to assess bone levels available avoids some of the problems associated with CT-Scanning. The aim of this study was to assess the accuracy of ridge-mapping compared to CT-Scan in determination of bony ridge widths.

Methods & Materials: A modified surgical stent was designed to locate the beaks of ridge-mapping calipers at the same points on the jaw during the two measurements. 52 implant sites in 11 cases were studied. Measurements were made at 3mm and 6mm distances from the crest of the ridge in each implant sites. Two measurements, one on CT-Scan and the other one by caliper was done. Mean, Standard deviation, paired sample test (t-value, p-value), a within subject correlation coefficient, coefficient of reliability and 95% CI for coefficient of reliability was calculated.

Results: A total of 104 measurements were made at 52 implant placement sites. According to the paired sample test there were not significantly different between CT-Scan and ridge-mapping measurements (P>0.05).

Conclusion: The present results suggest that it is possible to use ridge-mapping to determine the ridge-width instead of CT-Scan. Ridge-mapping can provide reliable information about bone levels, which result in avoiding exposure to radiation and reducing the cost for the patients. However it is suggested to use other methods for complicated patients. 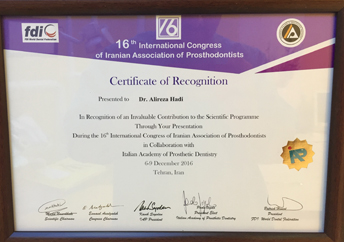 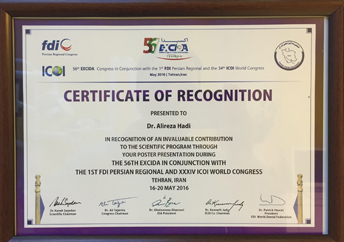 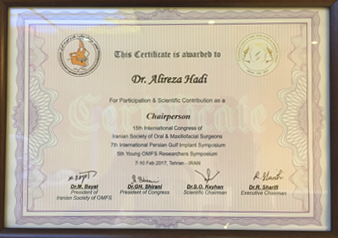 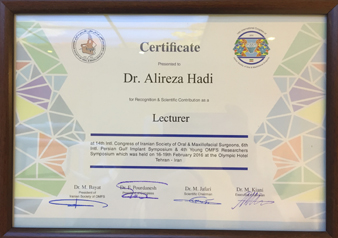 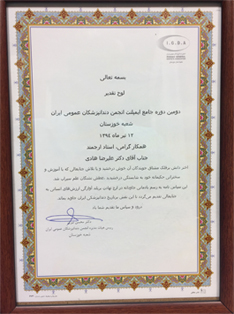 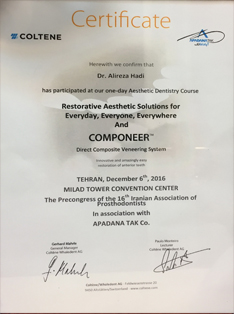 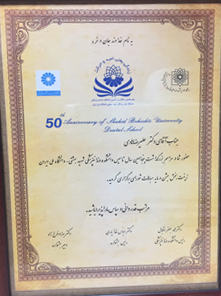 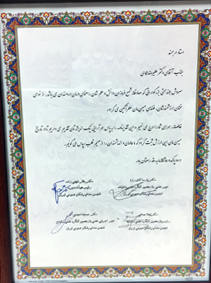 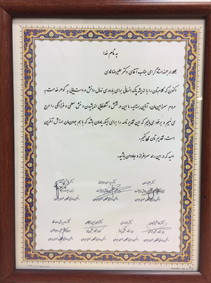 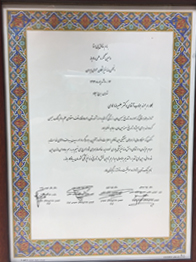 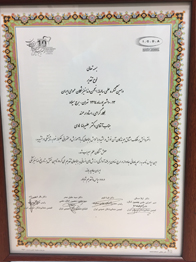 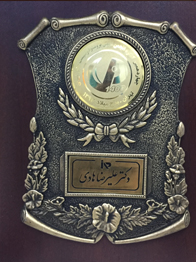 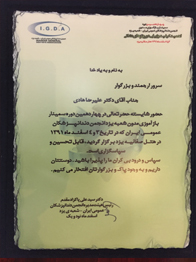 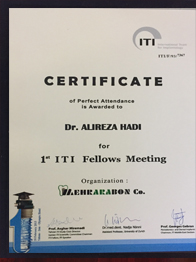